Saturday, Oct. 19 — crypto markets are seeing a slight recovery after another downward movement as Bitcoin (BTC) is back to trading above $8,000. 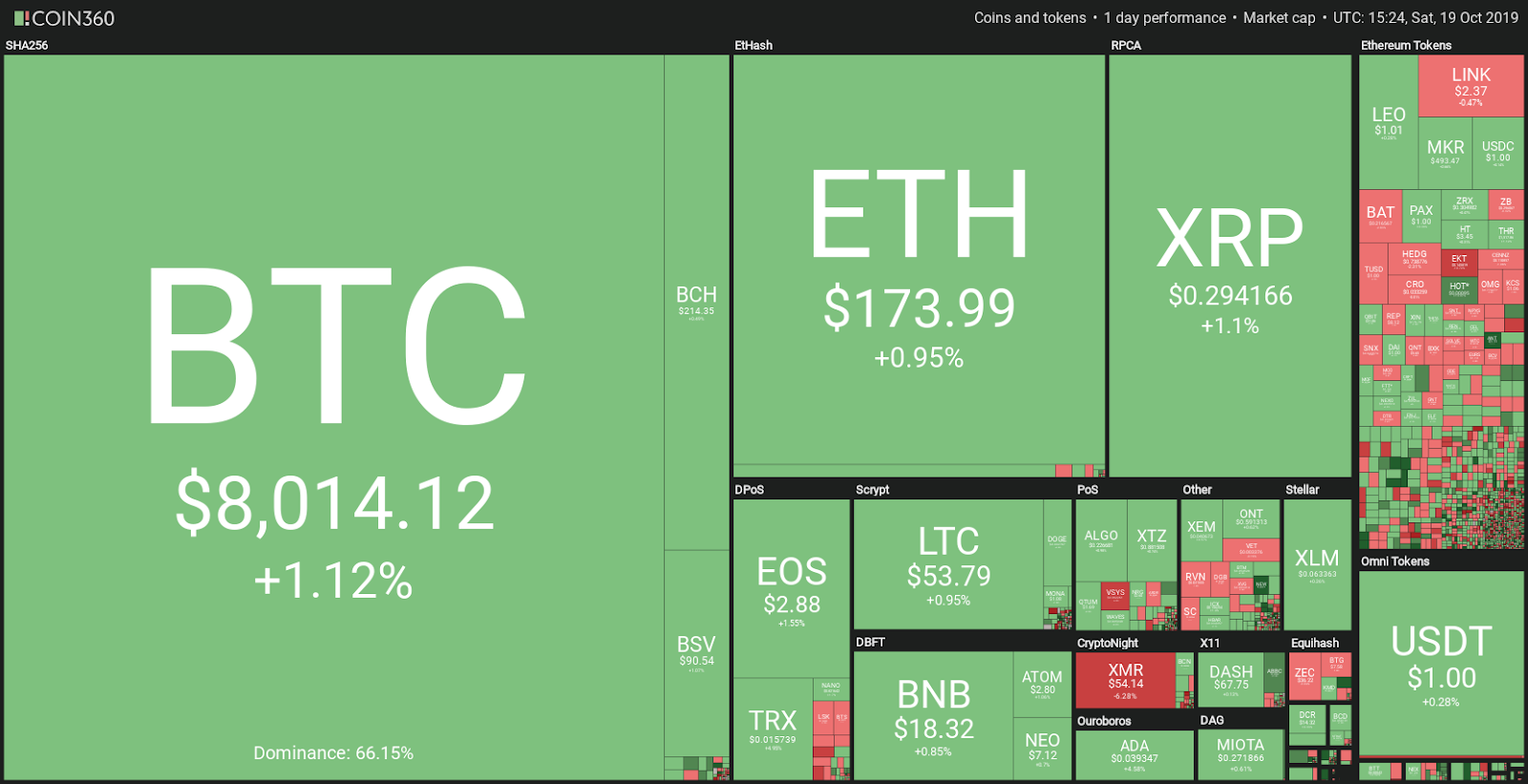 After trading below $8,000 threshold for most of the day, Bitcoin has seen a sharp recovery to climb above the mark at publishing time. The biggest cryptocurrency is trading at $8,041, up 1.2% over the past 24 hours, according to Coin360. However, Bitcoin is still in red over the past week as its price is down 3.4% over the past seven days. Bitcoin’s market dominance stands at 66.2% at press time.

On Oct. 18, the total number of mined bitcoins crossed 18 million, leaving 3 million to mine in total, as tweeted by founder of crypto investment firm Morgan Creek Digital Assets, Anthony Pompliano. Following the new milestone, Bitcoin now has 85.7% of total coins mined, while the number of Bitcoin left to mine until the next halving now amounts to 373,888, according to BitcoinBlockHalf.com.

Earlier today, gold bug Peter Schiff posted another bearish tweet, claiming that Bitcoin chart “looks horrible” and forecasting that the biggest cryptocurrency may soon not only drop to as low as $6,000, but also may collapse to below $2,000.

Ether (ETH), the second cryptocurrency by market cap, is up nearly 1% over the day. At the time of writing, the top altcoin is trading at $174, down more than 5% over the past seven days.

XRP, the third-largest cryptocurrency by market cap, is up 1.3% to trade at $0.294. The altcoin is seeing significant growth over the past week, up nearly 8% over a seven-day period.

At press time, only three coins among the top 20 cryptos by market cap are seeing red, while privacy-focused coin Monero (XMR) is seeing the biggest loss of 5.6%.